No Result
View All Result

Alley of Honor: Heydar Aliyev legacy, the pride and prestige for Azerbaijan 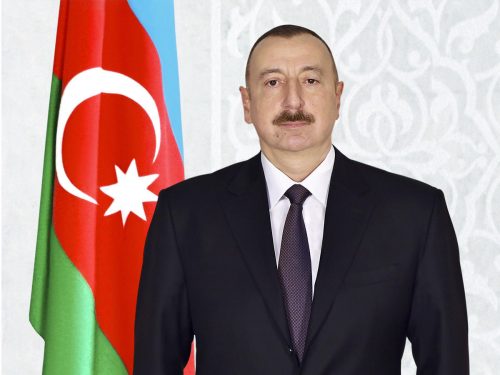 Today is the 15th death anniversary of the Azerbaijan visionary leader Heydar Aliyev, and leader of nation whose dream comes true in the form of the independence of modern Azerbaijan after the disintegration of Soviet Union.

The modern Azerbaijan that has been emerged a contemporary and civilized country into the global arena is the result of the struggle and progress of Heydar Aliyev which he had done for the people of Azerbaijan.

This was a gist of the vision of Heydar Aliyev that the country has been turned into a multicultural and muti-religious society with peace and harmony, spreading a message of love throughout into the South- Caucasus region.

The urge of peace and stability that echoes from Baku, never been heard with such a thirst in any other South-Caucasus country except Azerbaijan.

Azerbaijan has been working on the legacy and principles of great leader Heydar Aliyev which he left for the people of his country. Heydar Aliyev doctrine has been practical implemented in the modern Azerbaijan and one could see its reflection.

How Azerbaijan has preserved and merged the ancient and modern cultures and civilizations with the western and Islamic world, it was the concept and vision of late Heydar Aliyev.

Heydar Aliyev has invented modern cultural diplomacy for Azerbaijan to combat the future challenges and to convey its message to the world. Azerbaijan has accomplished its modern diplomacy targets by implementing the doctrine of Heydar Aliyev by the incumbent leadership of the country.

Heydar Aliyev had a broader visualization to understand the world and its altitude toward this newly born country, having hundreds of year’s back historic background. He was aware of the future challenges so he left behind a legacy that delivered for the well being of the people of Azerbaijan.

The statue of great leader of Azerbaijan standing tall with all pride and grace at the ‘Alley of Honor ‘cemetery and memorial in Baku, Azerbaijan.

People from all walks of life pay their tribute to this great leader today by laid wreaths and prayers.

STOCCATE Sorry I missed you…

No Result
View All Result